This is my favorite procussion Musician. In our class ,study of performance,i saw the new popular musician.I think he is very great in musical thought. nice play!!!

Now, i want to introduce one of the greatest musician in percussion. He is DAVID FRIEDMAN. this is his biography under the line. David Friedman, internationally renowned vibraphonist, marimbist, composer and jazz educator, has his own musical message, born of fascinatingly diverse musical influences. Few jazz musicians can claim as broad a spectrum of performing and recording experience, with such varied musical personalities as Leonard Bernstein, Luciano Berio, Bobby McFerrin, Wayne Shorter and Yoko Ono. The list doesn`t stop there. Friedman has been heard either live or on recordings with, among others, Joe Henderson, Horace Silver, Johnny Griffin, Jane Ira Bloom, Ron Carter and John Scofield. His compositions are featured on Chet Baker`s award winning Enja release, Peace, with bassist Buster Williams and drummer Joe Chambers. Friedman is also the featured soloist on this recording. In 1977, Friedman co-founded the unique vibe-marimba quartet, Double Image, which was nominated for a german "Grammy". Their album, 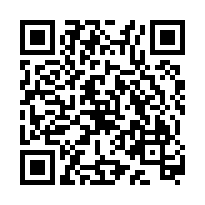